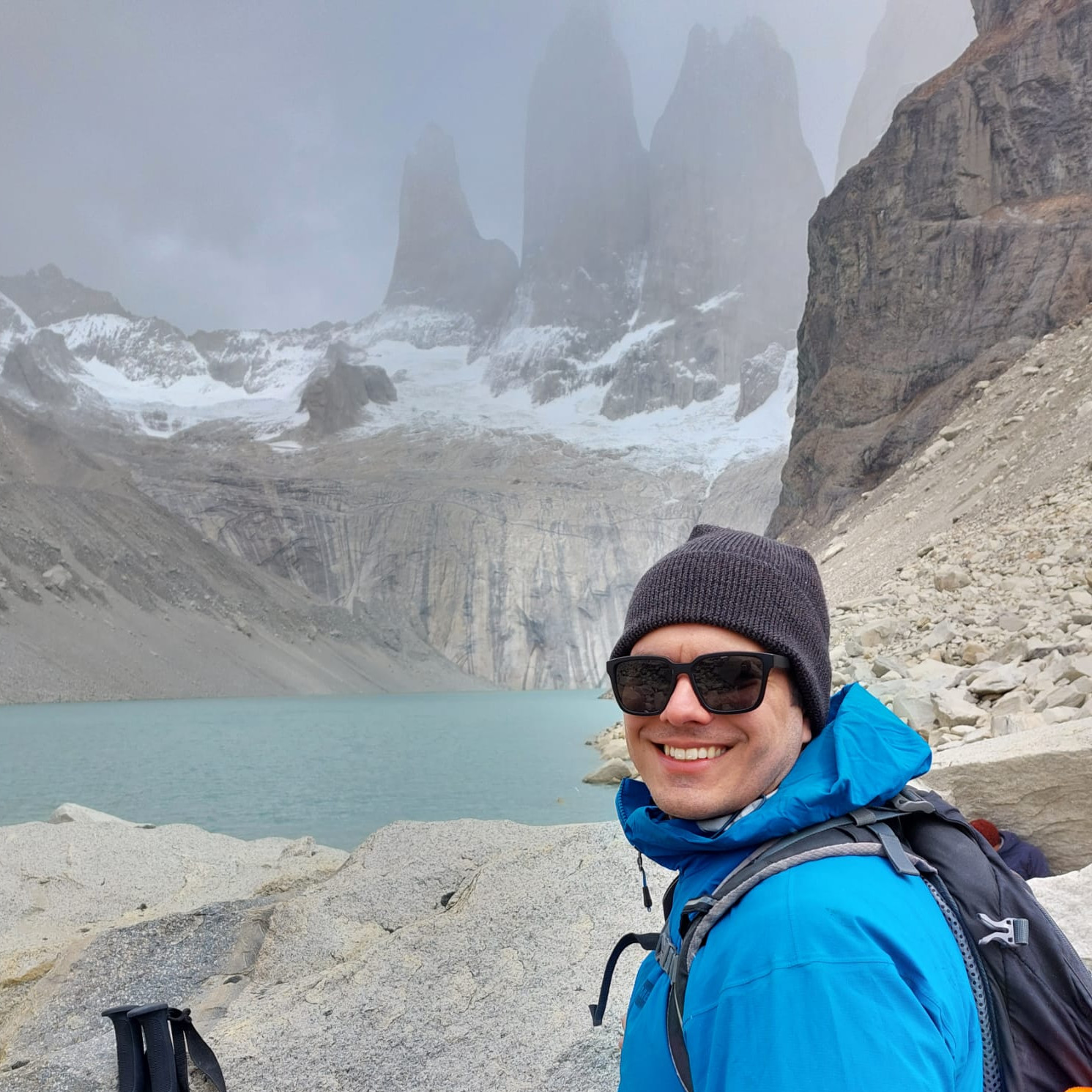 Estimating productivity for the Banggai cardinalfish

The Banggai cardinalfish (Pterapogon kauderni) is an unusual teleost in that it lacks a planktonic larval phase as males mouth brood and care for the eggs and larvae. These traits result in a significant portion of eggs surviving to maturity, making this species more akin to mammals and chondrichthyans in terms of survival and reproduction, than to the majority of other teleosts. We obtain an estimate of productivity for this species using the approach developed for other relatively low fecundity species (chondrichthyans), by estimating the maximum intrinsic rate of population increase rmax. This is a simplified model based on the Euler-Lotka equation (Myers et al. 1997, Pardo et al. in press):

where lαmat is the proportion of each clutch that survives to maturity, b is the annual reproductive output, αmat is age at maturity, and M is the instantaneous natural mortality rate. As the name indicates, the maximum intrinsic rate of population increase is the maximum possible population growth rate in the absence of density dependence, and is equivalent to the fishing mortality that will drive a species to extinction Fext (Dulvy et al. 2004). 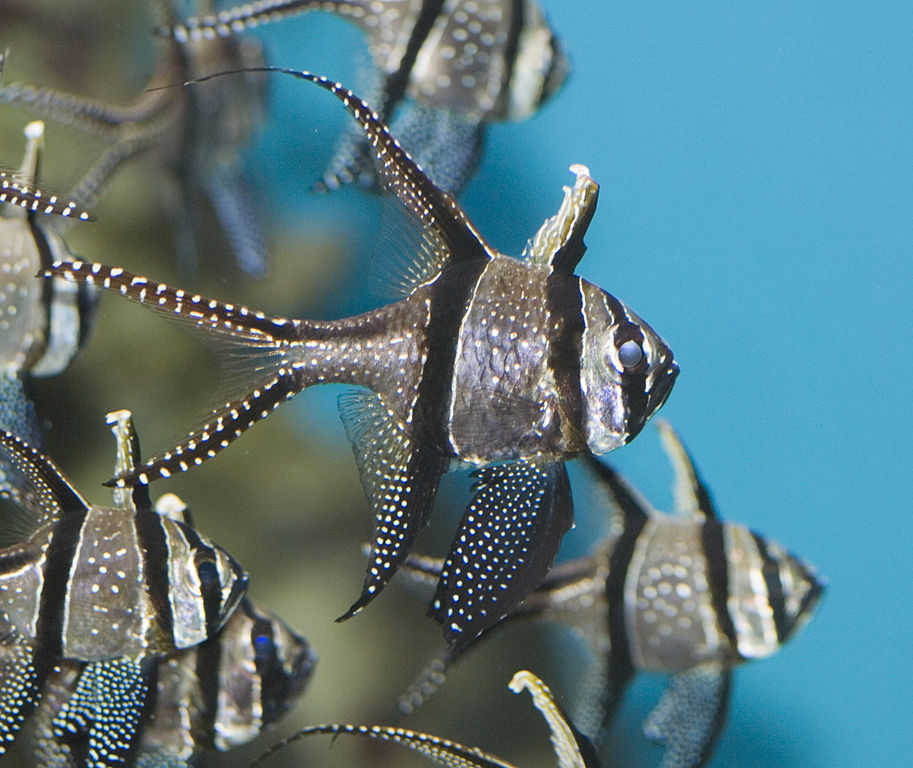 As the equation above shows, in order to estimate rmax for we need information on age at maturity, natural mortality, annual reproductive output, and survival to maturity. There is some degree of uncertainty in the life history of this species, hence one can estimate rmax a number of different ways using different life history estimates, as well as tracking males or females. Here, we calculate a range of plausible estimates of rmax under a range different life history scenarios, which will be progressively more conservative (i.e., that we would expect a lower productivity).

We know that the Banggai cardinalfish takes between 8 and 9 months to reach maturity (Vagelli 1999). As a first approximation, let’s assume αmat is 8.5 months, which in years equals 0.71 years:

It has been suggested that 5% of eggs reach adulthood, from which we could assume a lαmat of 0.05 (note: Conant 2014 cited CITES 2007 as the source of this estimate, but I couldn’t locate it in the CITES proposal).

Vagelli (2011) recorded clutch sizes of approximately 60 eggs per clutch (Wikipedia says an average of 41), with males brooding around 400-650 eggs in a lifetime. This is around 9-10 clutches in their lifetime, so we can assume an interbreeding interval of 4 months, or 0.33 years. Because we only have information on number of clutches per year from males, we will be estimating productivity in terms of males only.

To estimate the annual rate at which males can brood clutches we need to know the interbreeding interval (i, in years), clutch size (c, in numbers), and sex ratio. Assuming an even sex ratio (CITES 2007), we can estimate annual reproductive output:

We assume that natural mortality M as the reciprocal of average lifespan (Pardo et al. in press). Given that maximum age is 4 years and age at maturity is 0.7 years, we can estimate M as:

Now that we have values for all these parameters, we can estimate rmax for this species:

What would rmax be if we considered the smaller clutch size reported in Wikipedia (41 vs. 60 eggs)?

With the lower clutch size value used in Scenario 2, our rmax estimate is 1.76 year-1, which is moderately lower than in Scenario 1, but still relatively high.

Our indirect estimate of natural mortality (0.425 year-1) might be too low, so we’ll raise it to a high but plausible value, to be M = 2.2 year-1, based on length frequency data from a recent study (Ndobe et al. 2013). We’ll also change age at maturity to be at the highest value reported in the literature (12 months, Ndobe et al. 2013). This should result in a lower rmax estimate than both previous scenarios:

The estimated rmax for this scenario is 1.16 year-1, which is still high.

We don’t know whether males or females are the rate-limiting sex; that is whether reproductive output is limited by the number or males or females (the sex ratio), or the time it takes females to be ready to produce and pass on eggs to a male of choice or the time it takes males to brood and care for a single clutch. Right now, all the information we have is on the time it takes a male to raise a clutch, and thus have modelled the productivity of males. However, further information on the sex ratio, and the reproductive frequency of females would allows us to model females as well, and contrast their productivity with that of males.

Our preliminary estimation of rmax for multiple scenarios suggests that the Banggai Cardinalfish has a high productivity. Not surprisingly, the lower end of rmax values is for the Banggai cardinalfish is higher than the majority of elasmobranchs (Pardo et al. in press), and is also higher than the majority of teleosts examined by Hutchings et al. (2012) (although annual reproductive output was estimated differently in the Hutchings paper). We calculated values ranging from 1.16 to 2.23 year-1, which indicate that this species could, at least, potentially triple its population every year at very low population sizes and in the absense of density dependence (remember that the finite rate of increase λ = er):

CITES (2007). Convention on International Trade in Endangered Species of Wild Fauna and Flora: consideration of proposals for amendment of Appendices I and II. Proposal 19. Fourteenth Meeting of the Conference of the Parties. June 3-15, 2007. 12 pages.